In 2012 Elm Tree Primary School was asked by the Local Authority to take part in a pilot scheme to undertake the management of transportation of children to and from home, which was at the time managed and controlled by the Transport Department of Lancashire County Council.

Elm Tree Primary School is a SEMH School with over 100 pupils on roll, many of which live more than 30 miles away from the school in different areas of Lancashire. Prior to the transport pilot, the transportation of pupils to and from school involved over 20 vehicles, many of which were provided by taxi firms and involved Passenger Assistants employed by the Local Authority to escort the children whilst travelling in the vehicles. There were sometimes difficulties in managing the number of vehicles trying to get in and out of the school at the beginning and end of each day.

Historically, there were behaviour problems on transport which resulted in many children having to travel in vehicles on their own with their own Passenger Assistant. These problems often then impacted on behaviour during the school day.

The Headteacher, David Lamb saw an opportunity to manage these problems and provide the children with continuity of care from being collected at home in the morning, right throughout the school day.  As many of the children at Elm Tree are on the Autistic Spectrum, continuity of care and routine are very important factors in managing behaviour.

The transport pilot commenced officially on the 15th April 2013.

The school currently have a number of 17 seater minibuses, each routed to collect children from specific areas throughout Lancashire.  Since the commencement of the pilot scheme in April 2013, the school managing its own transport has had a dramatic impact on behaviour on transport and on attendance.  Attendance figures in 2012 from April to December showed attendance of 89.93%.  For the same period since the commencement of transport in April 2013 to December 2013, attendance has risen to 94.95% - a 5% rise overall.

All children are transported with a dedicated Driver and Home School Liaison Officer, both of whom have received behaviour management training.  Almost all of the Home School Liaison Officers are current Teaching Assistants at the school and therefore have extensive experience and knowledge of all of the children in the school.  Many of these children were having to be transported individually prior to the transport pilot. 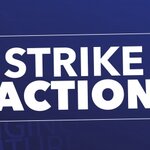 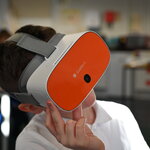 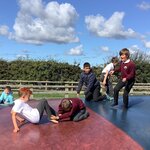